The sudden unexpected death of a pet is a heartbreak for any animal lover. When Pierre and Judy Kimball lost their beloved dog, Scooter, they were understandably devastated.

Scooter was a frightened dog rescued from Floyd County that the Kimball’s took into their home to foster. He blossomed and soon became what the rescue community calls a “foster failure”. They loved him too much to let him go anywhere else. Scooter enjoyed life as one of their much loved pets and burrowed his way into their hearts.

Sadly, the day after Christmas 2014, Scooter escaped from the fence of a home the Kimball’s were visiting. Lost in an unfamiliar area, Scooter couldn’t find his way back and was later found dead after being struck by a vehicle.

Scooter’s loving parents decided to honor his memory and through a financial gift to WAG created Scooter’s Second Chance Friends to help other rescued animals. Scooter’s gift provided complete vet care and heartworm treatment for these three pets who all are now in loving homes:

Cooper, who was passed over by adopters and other rescue groups but finally left the shelter as a WAG rescue. He was a sweet boy, very calm and well-mannered. Cooper ended up as the first pet for a very happy teenage girl and who loves him dearly! 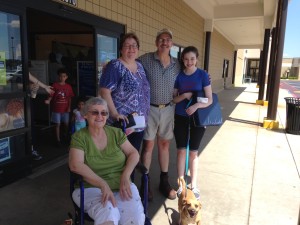 Penny traveled to the shelter tied by a rope in the back of a pickup truck. The reason her owner was surrendering her? “She keeps having puppies.” His response to the suggestion of having her spayed – “I don’t have time to fool around with all that.” Penny huddled in the corner of her shelter cage, terrified and not sure what she did wrong or why she’d been abandoned. We rescued her, but soon learned she was positive for heartworms. It was a long road to trust and health for Penny, but she was adopted into a wonderfully patient family and has her happy ending. 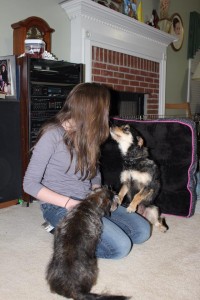 Jasper, the adorable terrier mix, came into the shelter as a stray. Unfortunately he also tested positive for heartworms. The prescribed 90-day treatment period was rough, but Jasper came out the other side a healthier dog. When Allison, a previous WAG adopter, saw his photo she knew Jasper was destined to be a part of their family – he looks exactly like their dog (and WAG alumni) Monkey. On the way to pick up their new dog the kids were asked to choose a new name for Jasper. Their random name pick? Scooter. We think it’s a very fitting choice.

Our heartfelt thanks to the Kimballs for giving the gift of life and love to these rescue pets and choosing WAG to help honor Scooter’s life.

Posted on December 1, 2015 by kdean in Remembering Hearts, WAG News